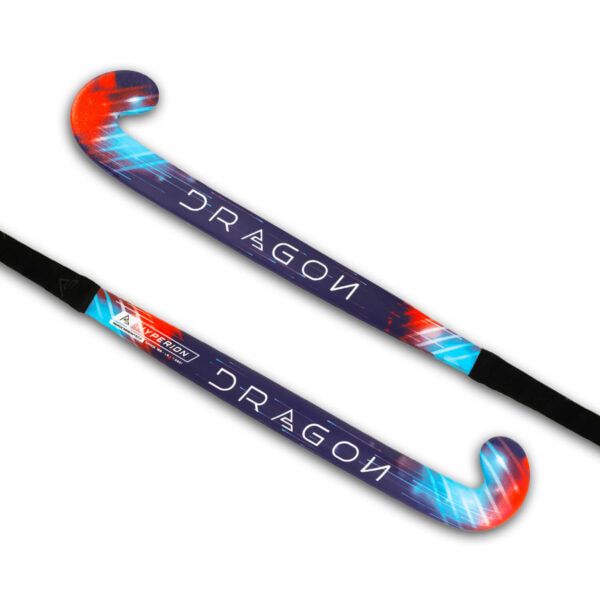 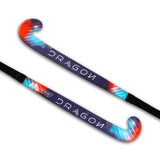 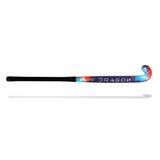 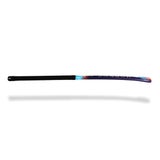 The legend: Son of the earth and sky, Hyperion is a Titan who presided over the heavenly lights, a deity of watchfulness and a pillar that holds the cosmos in place.

Hyperion LB 100 has been meticulously crafted for all-round performance. Its low bow mould makes it suited to the playmaker of the pitch – ideal for quick passes, cross pitch slaps or general pitch skills – Hyperion can handle it all.

At 100% carbon it responds incredibly quickly to the player’s input – transferring power immediately from stick to ball. Powerful, aerodynamic and lightweight, it’ll be like no other stick you’ve had before.

Dragon’s Quantum Series utilises advanced computer modelling and gravitational dynamics to create a series of moulds which combine strength and power in a stick like no other.

The lightweight feel makes it a breeze to play with, while our refined head keeps it thin for fast skills. The carbon composition and layup push the boundaries of stick manufacturing – putting it at the forefront of stick fabrication. If you're a player that demands nothing less than the best in class then look no further.

Welcome to the Quantum series.

Every aspect of it has been an evolution of hockey brilliance, from its slimline blade, to its all-weather lightweight material grip, a friction reducing head, and a touch control compound, all combine to make a world beating range of sticks.

A player's touch can make all the difference. Dragon sticks come with a sand paper like compound on the lower face of the stick. This increases the friction between ball and stick.

All Movement Series sticks use our latest bar-based technology. This provides extreme internal strength and gives our sticks the additional power you don't find anywhere else.

The true strength of a hockey stick comes from its composition and weave. Dragon's 3k carbon weave is one of the most advanced on the market, ensuring maximum tensile strength for increased stick durability.

Our foam under-grip has been designed to reduce vibrations, and improve the player's feel when striking a ball.